Kirsten Clarke
Guardian Angel Cathedral: The Guardian Angel Shrine was designed by the pioneering African American architect Paul Revere Williams in 1963 and became the cathedral after the Diocese of Las Vegas was founded in 1995. The A-frame design features a large mosaic above the main entrance by Los Angeles artist Edith Piczek.

The Las Vegas Valley is a land of hidden treasures. Though most tourists come for the bright lights, the Nevada Preservation Foundation’s mission is to hunt down and highlight striking mid-century modern buildings that are often ignored even by locals. Through the power of Instagram and a passion for conservation, it was able to amass hundreds of options for a project it named #UncommonVegas.

“It’s based on a misunderstanding of modern architecture,” says Michelle Larime, assistant director of neighborhood stabilization for the foundation, “and this idea that the recent past doesn’t necessarily matter. In the field of conservation, real efforts have been made over the past decade to educate and advocate why these buildings are relevant to our historical landscape. “

These three buildings are a fraction of the 100 selected buildings that Kirsten Clarke photographed for the project-specific book Las Vegas: Uncommon Modern, available for purchase at nevadapreservation.org. All were designed and built between the mid-1940s and 1970s; Some were known but underestimated, while others hid within sight. Regardless, they are all part of what Larime calls “the first and only mass effort” to document what the mid-century modern architecture scene in Vegas looks like on a large scale. 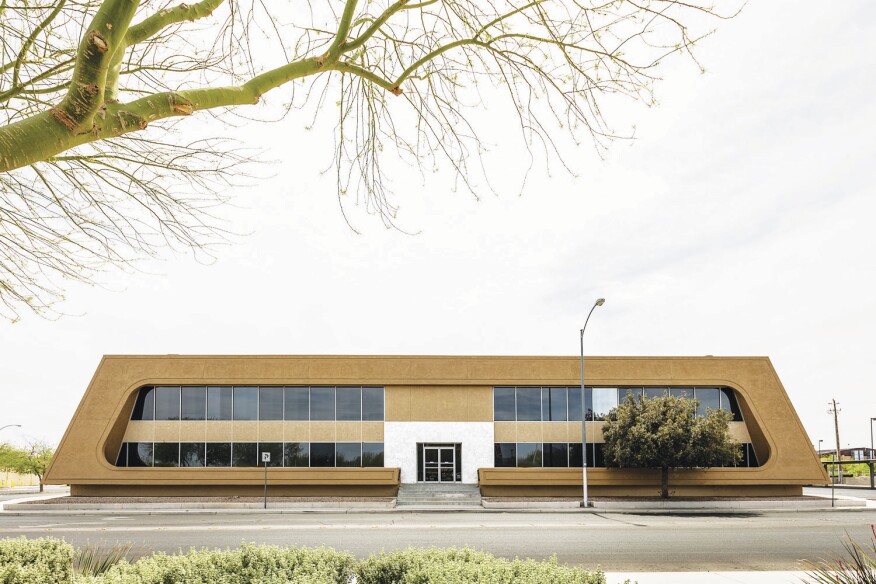 Kirsten Clarke
Brutalist / New Formalist / Postmodern Structure: This building, says Michelle Larime, was discovered through the survey. “The appraiser’s records show that it was built in 1975, which makes it a late modern building,” she says. “You can see elements of brutalism, new formalism and even postmodernism.”

New Mexico Fuel Co. says the winter storm did not have an effect on service