Voices from the “March for Our Lives” in Albuquerque

Thousands of students, teachers and community members came to the March for Our Lives rally in Albuquerque on Saturday. Survivors led a rally in Washington DC, and Albuquerque’s event was one of many held across the country in response to last month’s shooting at Marjory Stoneman Douglas High School in Parkland, Florida.

Elysia Choudhrie (above right), 6th grade student at Rehoboth Christian School – The shooting in Aztecs scared me because I always thought they were in big places. In my opinion, New Mexico isn’t that big, so it kind of scared me.

Maggi Vandrunen (top left), a 7th grade student currently in home school – I think starting with assault weapons would probably be a good place to start. And if the problem persists, maybe we can focus on other problems.

Cameron Heath, UNM student (pictured with his sister Kate Heath, student 6th) It is important that young people across the country know what is going on and present our voice there in a peaceful way. 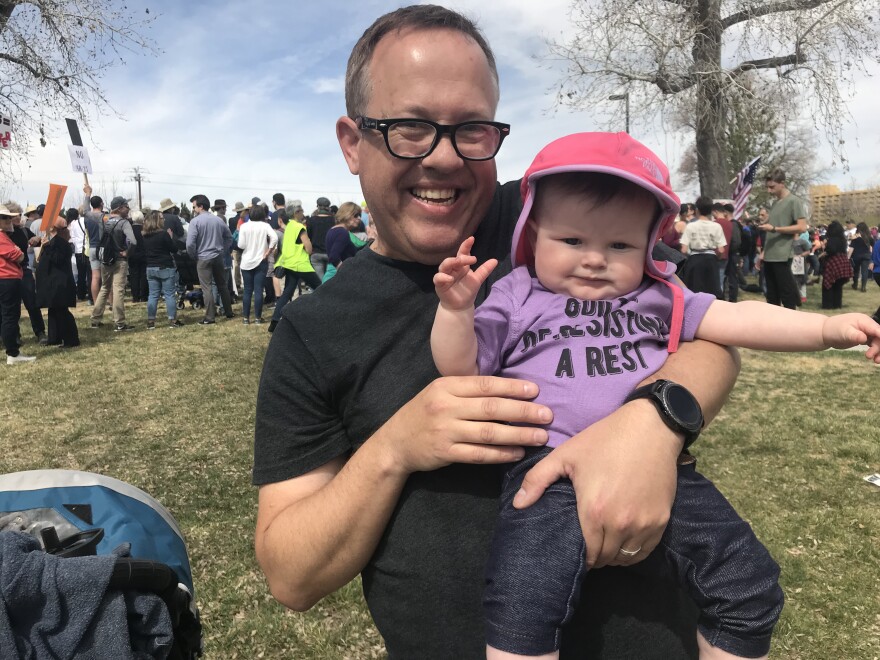 Marc Comstsock, Actor and Parent – I’m with my 8 month old daughter Violet. It kind of breaks my heart that she is growing up in a generation where she has to have active shooter practice. Just watching these parents grieve lately, it is time to say something and try to push for change and support these children who lead us. 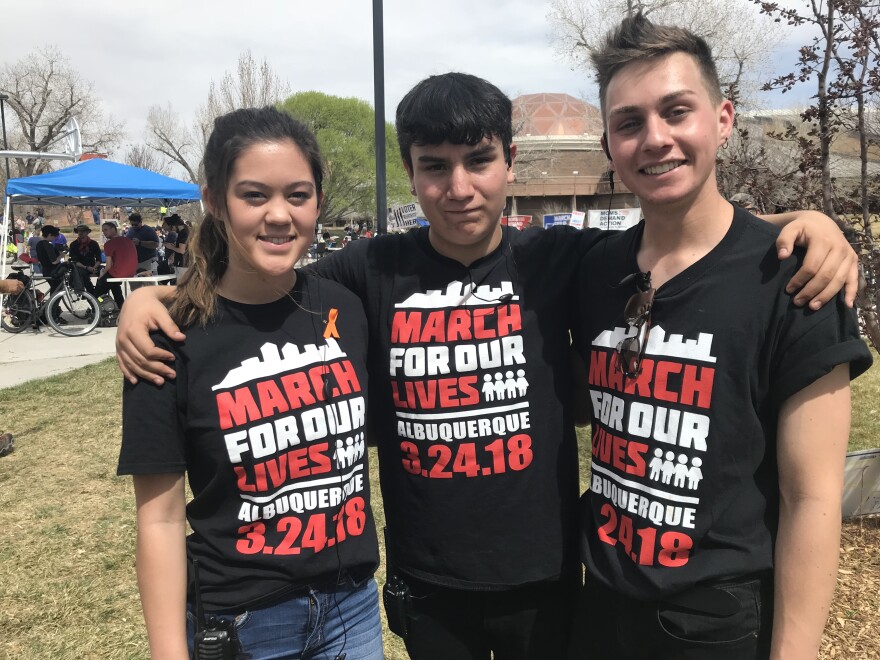 Jonathon Alonzo (center), sophomore at the Native American Community Academy (NACA) and lead organizer – I got involved because as a young man of color I see my close friends or even relatives who either lose their lives by suicide or street violence quite often. Gun violence doesn’t look like school shootings to us, but like street violence and suicides. And these voices deserve to be represented here because even though young brown and black children are killed in our streets every week, they don’t get rallies from thousands of people, they don’t collect millions of dollars within days, they don’t get it CNN City Hall. And they deserve to be represented here and they deserve justice. 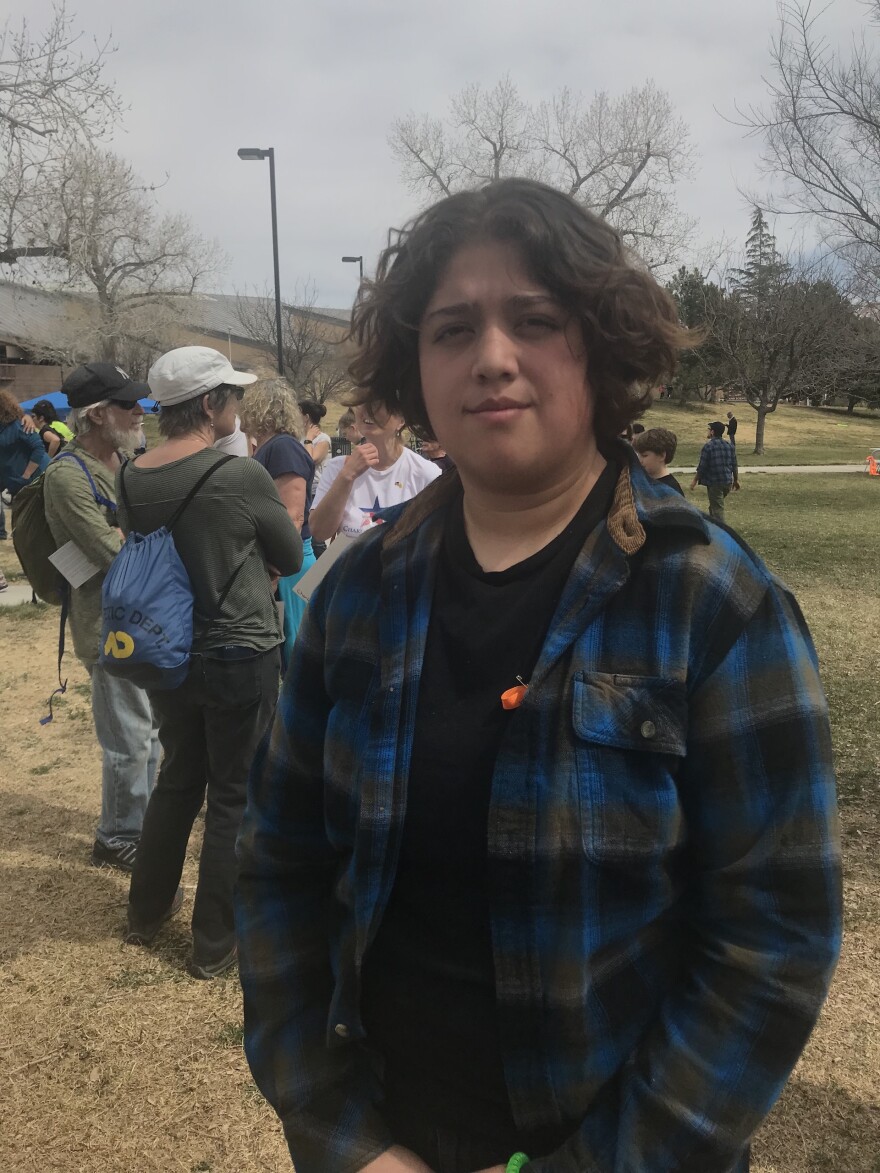 Zoey Craft (top left), a junior at La Cueva High School and chief organizer – I decided to participate because, especially after the parkland shoot, I was in group chats with my friends who were scared of going to school . We discussed, ‘Are we going to school tomorrow? Is that safe? ‘ GSP schools were threatened. And I think it felt like it really affected us directly.

Ethan Torres, Student at Health Leadership High School – The message I wanted to get across is that not only are we LGBTQ and people of color getting attacks like this, we are also scared. I just wanted to let everyone know that we are by their side here too. We feel them and know what they are going through. 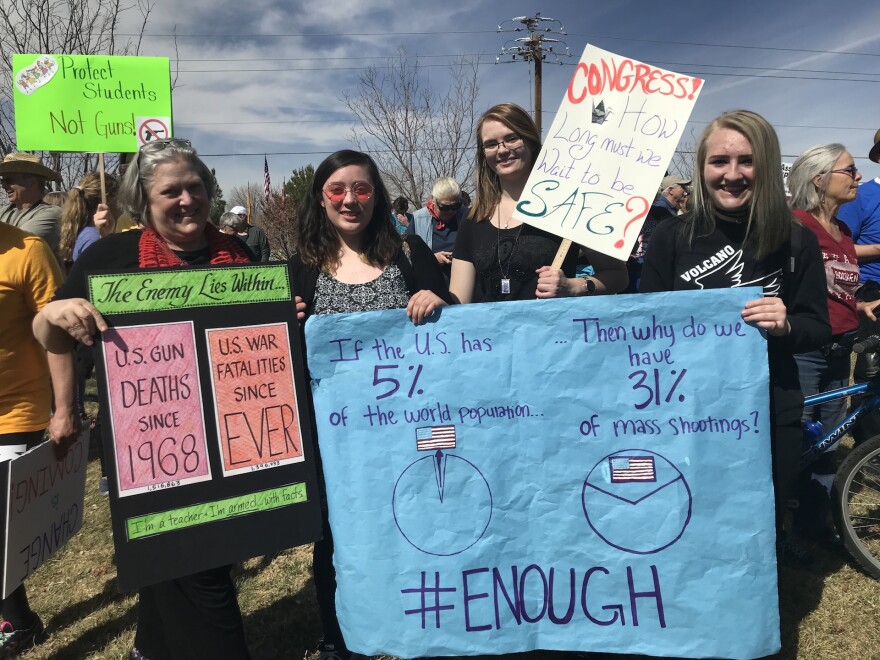 Ella-kari Loftfield (top left), high school history teacher – I came out today because I feel like some kind of false dichotomy has been created that either no guns or no rules are allowed. And I have the feeling that if we let people polarize us, we won’t find a common ground in society. 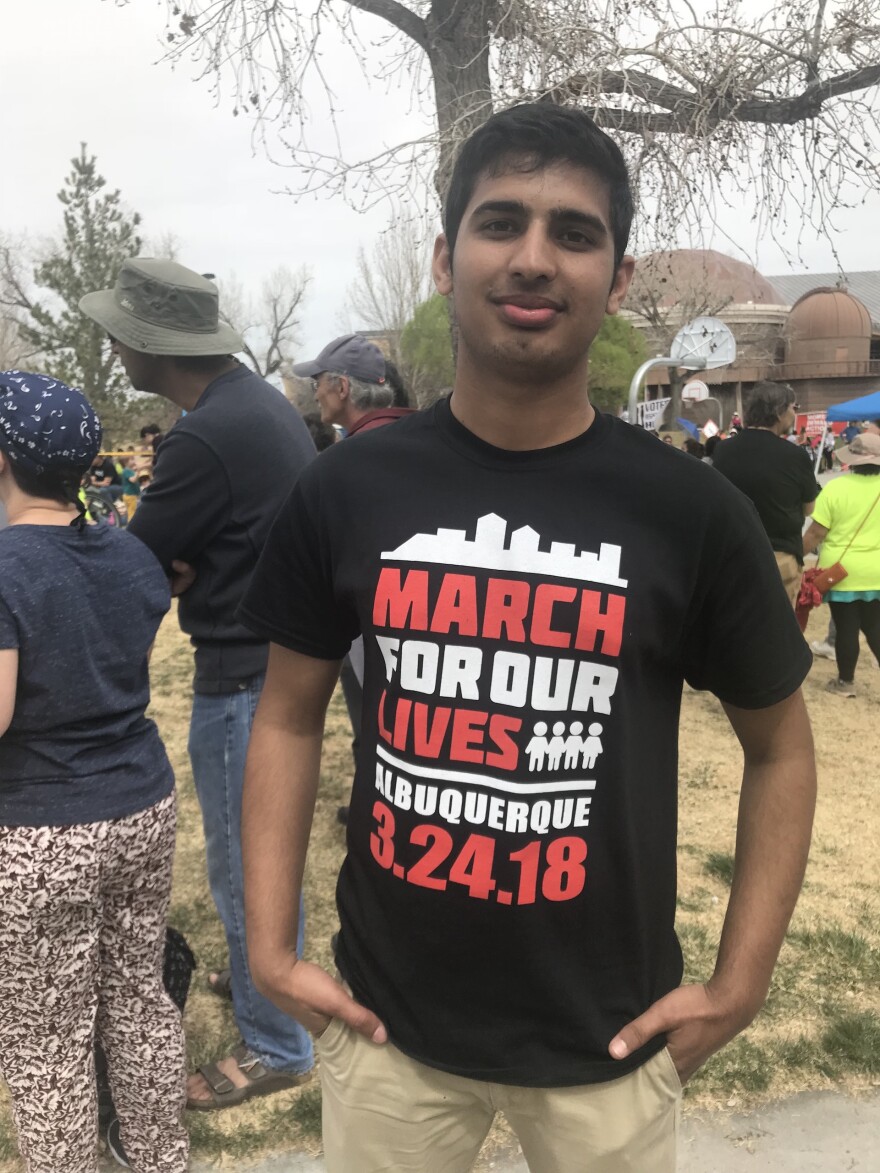 Riazullah “Riaz” Alkozai, Senior Highland High School – I escaped from a war zone, Afghanistan, and I’m here and I don’t want this place to be a war zone like Afghanistan. America is supposed to be a place, a leader, a peaceful country. For me I live here and I think it’s my second home. I go to school and that’s why it’s important for me to do my best to prevent what happens.

‘Elvis’ among the many new balloons on the occasion in Albuquerque